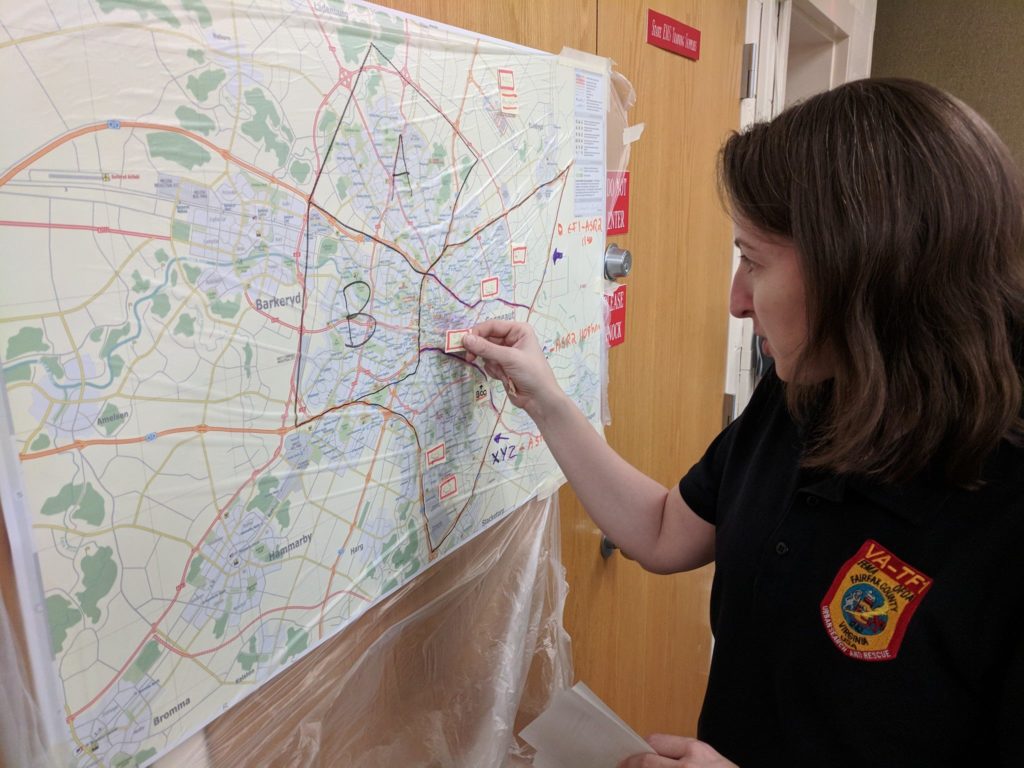 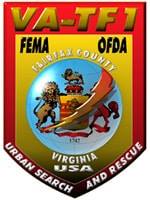 Mapping Tech in Public Safety interviewed Chief John Morrison with the Vienna Volunteer Fire Department and Battalion Chief Ry Kendrick with the Fairfax County Fire Department.  Both are members of the Virginia Urban Search and Rescue Task Force 1 (see bios below).  We discussed practical uses of mapping in public safety and talked about a lot of John’s and Ry’s experience using mapping in USAR from Puerto Rico to Nepal.  Many of the key takeaways from our discussion include:

Attached is the podcast, bios, and helpful links. 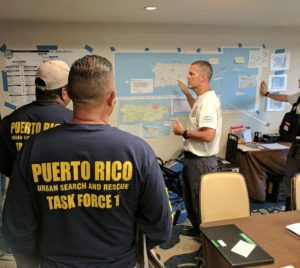 John Morrison is a 22 year member of the Vienna Volunteer Fire Department in Fairfax County, Virginia and current serves as Volunteer Fire Chief and member of the Board of Directors.  In that position, he oversees the operations and training of over 60 volunteers.   He also serves as a Planning Section Chief for Virginia Task Force 1, Fairfax County’s international urban search and rescue team, and has responded to both domestic and international disasters. He is a member of the International Association of Fire Chiefs, Virginia Fire Chief’s Association, National Eagle Scout Association and Project Management Institute. John is employed as a senior lead technologist with Booz Allen Hamilton where has worked for 20 years.  He is a graduate of Villanova University where he received a BS.

The Fairfax County Fire and Rescue Department sponsors an Urban Search and Rescue Program that supports both domestic and international responses.  Domestically the team deploys as part of the FEMA National Urban Search & Rescue Response System as VA-TF1.  Internationally the team deploys as USA-1 under the auspices of the US Agency for International Development’s (USAID) Office of U.S. Foreign Disaster Response (OFDA).

The team has deployed multiple times assisting with coordination and search & rescue involving large scale disasters such as earthquakes, hurricanes, tornadoes, and flooding.  Outside of response the team also provides assistance with response capacity building efforts benefiting citizens of the United states and the global community.

Having deployed numerous times as one of the 28 FEMA teams and 2 partner OFDA teams, Fairfax County Urban Search and Rescue has become one of a very small number of highly qualified and experienced USAR responders.

Images are owned and used with permission from Virginia Task Force 1.

I am currently a Lieutenant with the Kirkland fire department in Washington State. I've been in the fire service for over 30 years true I also hold a degree in cartography with a GIS emphasis from the University of Idaho